Police in Singapore have arrested a maid accused of scalding a toddler’s hand by dipping it repeatedly into a boiling pot.

This comes a week after the alleged incident was caught on video by the 16-month-old girl’s mother, Amy Low Mei Liang, who last night posted the clip online with her allegations.

She indicated that the 45-second surveillance footage was filmed in her Buangkok kitchen while she and her husband were at work. She also posted photos of what appear to be the toddler’s scalded and burned hands.

“I felt something was amissed [sic] and I decided to check the CCTV footage at home while waiting for the maid to be picked up. And what I saw was horrifying. The maid, she did it on purpose! It was never an accident! She took my daughter’s hand and dipped her hand inside a boiling pot. I was shaking throughout and made a police report immediately,” Low wrote.

The child can be heard screaming in pain after her hand appears to be placed in the water at least twice by the maid in the clip.

According to her Tuesday night post, the maid initially denied committing the act, saying that the toddler had touched the pot on her own. Low believed her at first but grew suspicious after the maid insisted she wanted to return to her home, and the maid’s agency began arranging her transfer to another family.

The couple was alerted to the incident after their 8-year-old daughter called the dad up at work to tell him about her injured sister, according to Low’s post, which had been shared 15,000 times as of Wednesday afternoon. 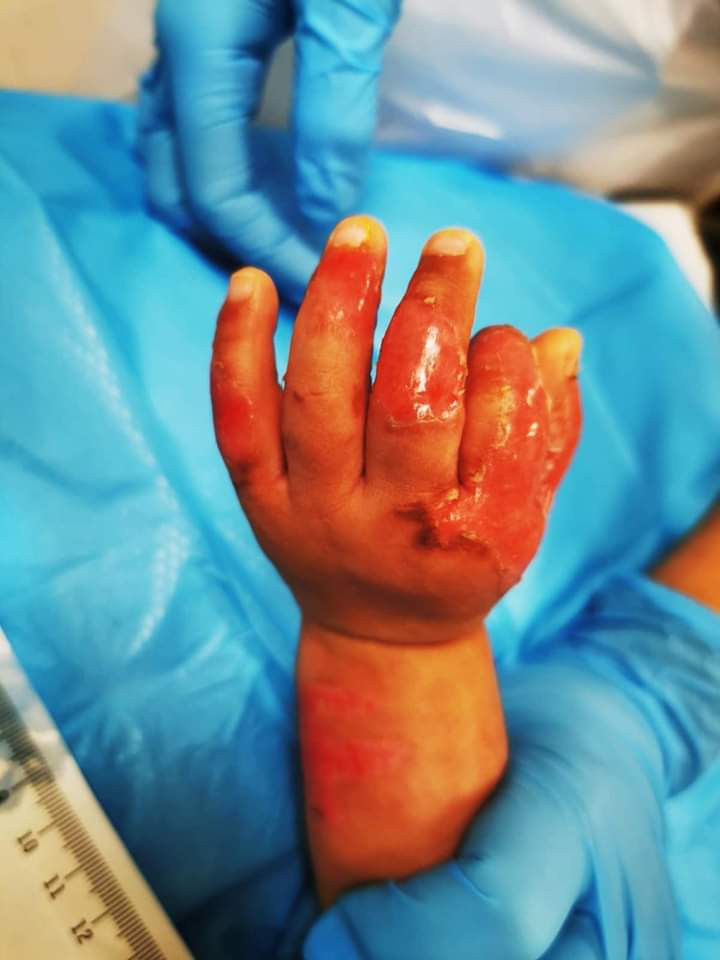 When asked why she hurt the girl, the maid reportedly said she was told doing so would increase her chances of returning home, according to the Facebook post. She is reportedly from Myanmar.

Low said the maid told her that an agency representative echoed the same sentiment. Low did not name the agency.

She said the maid began working for her a month ago and had said she wanted to go home a week prior to the incident. But the situation appeared to be resolved after the employment agent met with the maid, according to Low.

The 30-year-old maid was arrested Jan. 15 for voluntarily causing hurt by dangerous means, according to the police, who said their investigation is ongoing.

“I never thought this would happened to my daughter. Because of commitments in life, both my husband and I have to work, hence we decided to hire a maid, to look after our 16 month old girl. Little did we know, this was the beginning of our nightmare.
It happened on 14 Jan, 5.13pm. The maid was at home with both my daughters, 8year old and 16month old. At 5.20pm, my 8year old called my husband up and told him that my 16month old had suffered a burnt. We were shocked and rushed our girl to a nearby clinic, but the doctor thought it was too serious a burn wound hence referred us to hospital a&e instead.
Since the maid started working, we had told her that her priority is always to look after our girl and never to bring our girl into the kitchen. We can always take away dinner and there is no need for her to cook. I questioned the maid and she explained that it was an accident.
She was carrying my girl while cooking in the kitchen and that my daughter ‘touched’ the pot by herself and the maid didn’t expect it to happen as it happened too quick. We chose to believe her even when the doctor at a&e had some doubts in the cause of the burnt wounds.
Next day morning, the maid packed all her belongings and insisted to go back to the agency. I kept assuring her that we never blamed her, as it was just an accident, she can still stay on and work for us. But she was very insistent hence I called the agency up.
The agent told me that he would get someone to pick up the maid, and take it as a transfer case (to transfer the maid out to another family), so that the 6 months loan that I have paid for the maid could be returned to me. I chose to believe and listen to the agent.
I felt something was amissed and I decided to check the CCTV footage at home while waiting for the maid to be picked up. And what I saw was horrifying.
The maid, she did it on purpose! ??It was never an accident! She took my daughter’s hand and dipped her hand inside a boiling pot.
I was shaking throughout and made a police report immediately.
While waiting for the police, I notified the agent of what had happened. The agent started to be agitated and insisted that we should return the maid to agency and end it just like that.
Before the police arrived, I questioned the maid why did she do that to my daughter. She said she wants to go home, she said that her friends taught her to do it, so that she could go home.
And when I asked if the agent was also involved, she said yes – he said that I could go home if I do this! How horrifying! (The maid came to work for us for about a month and she did mention that she wants to go home 2 weeks ago, but all was settled after the agent met and spoke it her. Did the agent teach her to do that when they met?)
During this period, the agent kept threatening and harassing me. Accused me that I am a bad employer – that I abuse the maid hence the maid wanted to leave, which I never do.
The agent’s behavior had gone way over the boundaries hence I made another police report, as I was really frightened that the agent would do something to my family.
But the outcome was disappointing, the police mentioned that unless the agent harassed us again, else they won’t be taking any further action.
I always thought that the police is for the people, this is Singapore, this is supposed to be one of the safest countries in the world, but no, the police can’t do much unless something fatal happened?
I chose to believe in the maid, and she hurt my daughter.
I chose to believe in the agent, and he could be the one who is behind all these.
I chose to have faith in the law and the police force but all I get is to wait for something else to happen before they could really take any further action.
There is nothing I want more than justice for my daughter, is that too much?
I won’t be disclosing further information of the agency. But I plea that all of you to keep a close eye on your domestic helpers”

See more photos of the injured child below.. 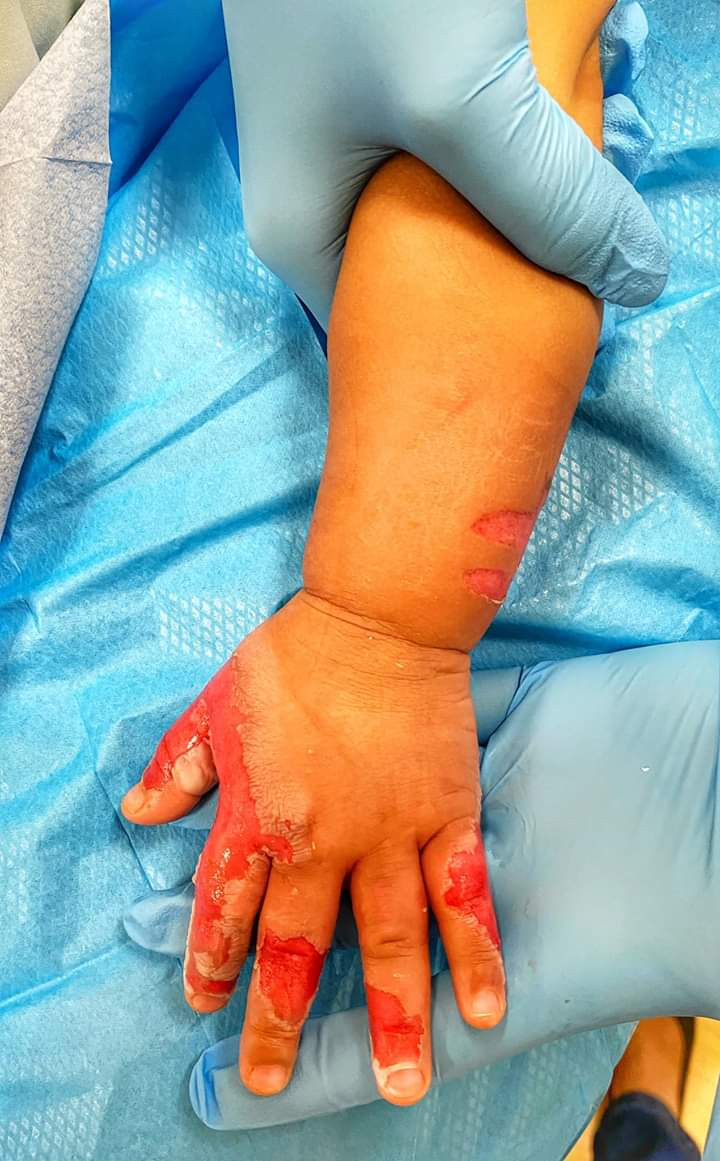 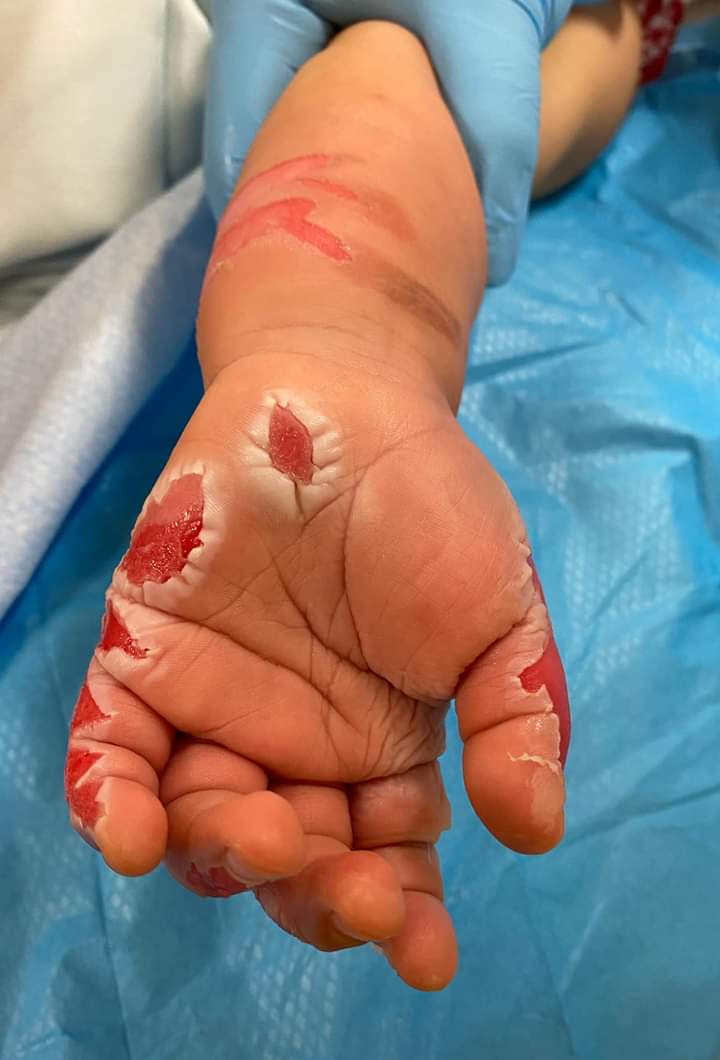 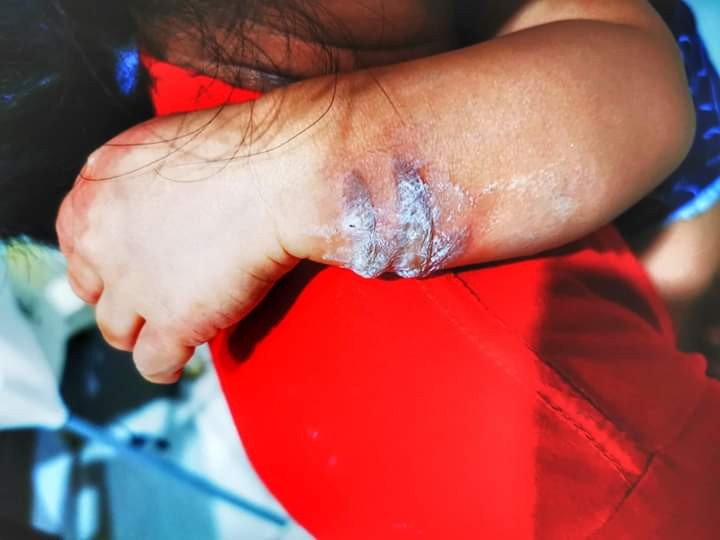 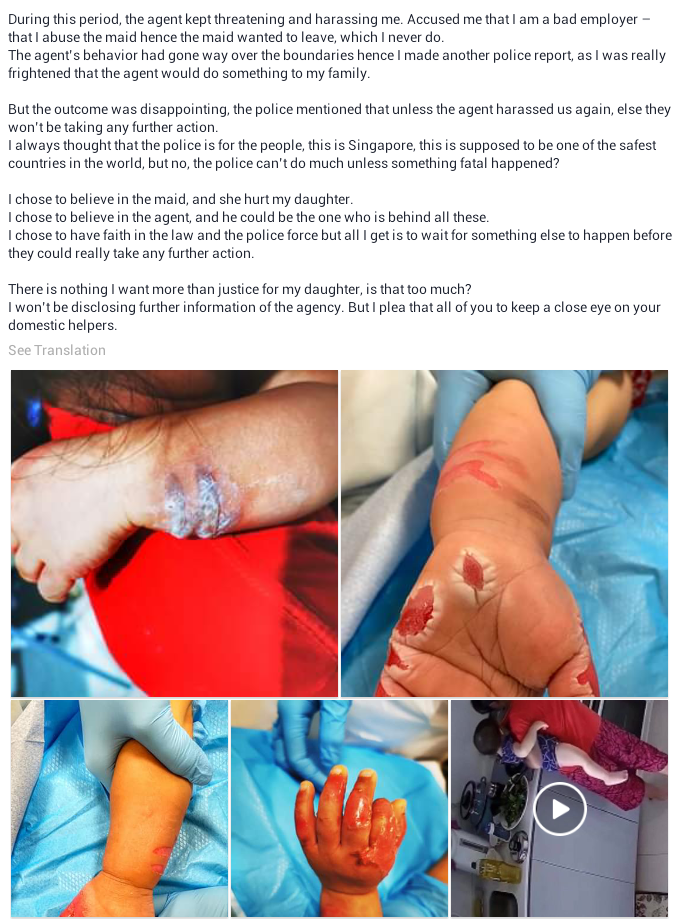 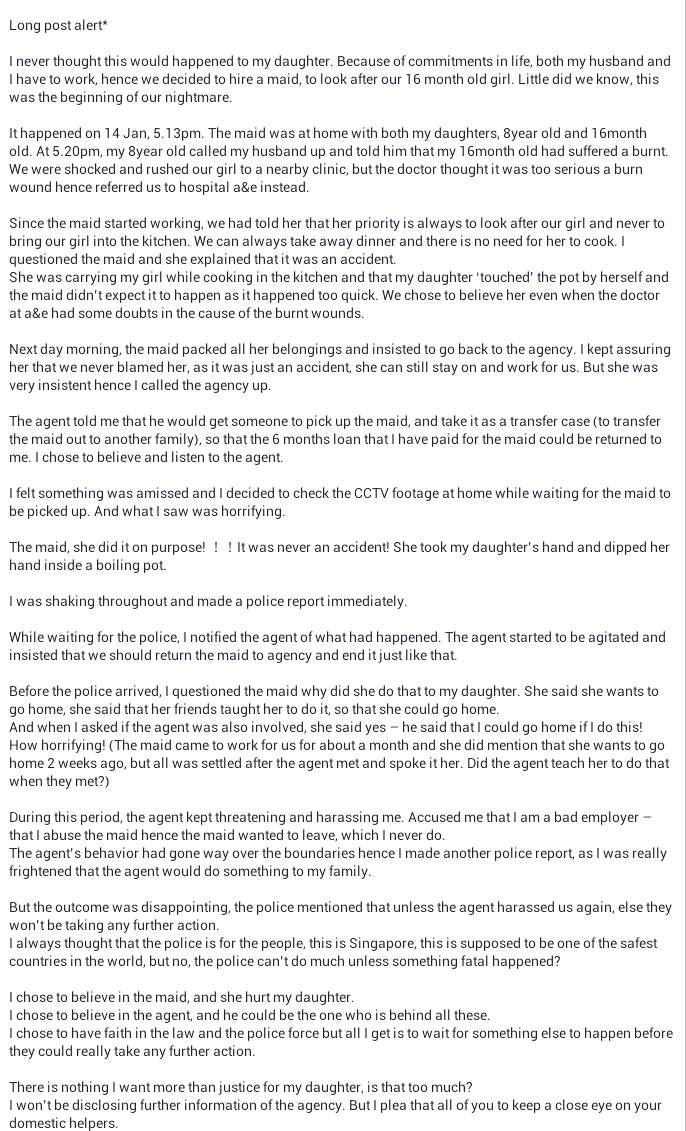